Dirk Brossé, an internationally acclaimed conductor and award winning composer, is currently Music Director of the Chamber Orchestra of Philadelphia, and Music Director of the Ghent Film Festival. He is also professor of composition and conducting at the School of Arts / Royal Conservatory of Music in his hometown Ghent, Belgium.

Maestro Brossé is also a highly-regarded, award-winning composer, whose body of some 400 works includes concerti, oratorios, lieder, chamber music and symphonic pieces, as well as scores for cinema, television and stage, such as the Emmy-nominated score for the BBC/HBO series, Parade’s End. Other scores include Prince of Africa, Daens, Sacco & Vanzetti, Tintin, Rembrandt, Ben X, Pauline & Paulette, 14-18 and Scrooge. 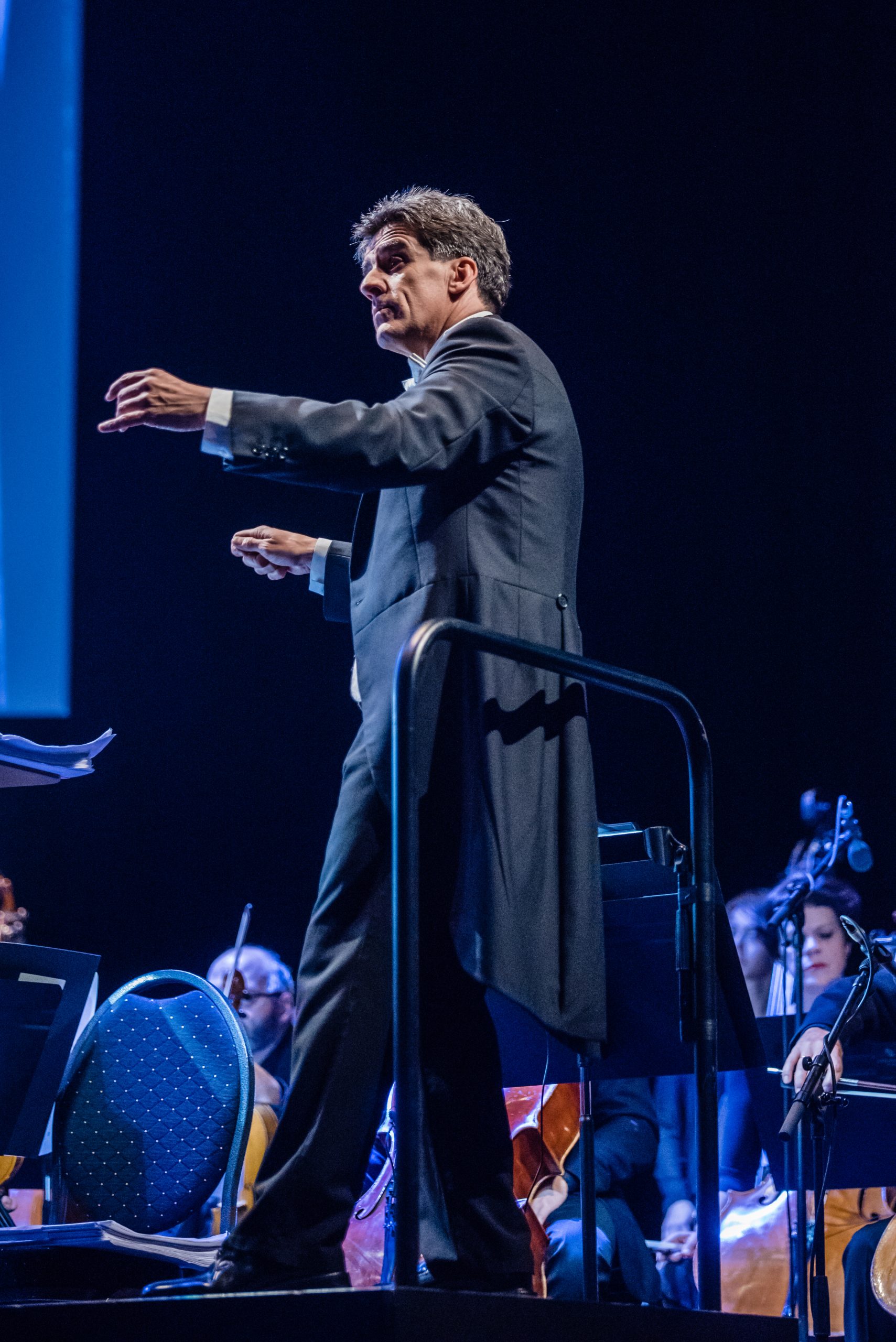 Maestro Brossé’s versatility is evident in the works he has composed for age-old instruments from around the world, an enthusiasm that has led him to champion variety in repertoire and to integrate broad cultural traditions in his programmes for the Chamber Orchestra of Philadelphia. His Pictures at an Exhibition, inspired by a series of paintings on display in the Philadelphia Museum of Art, was commissioned by the Chamber Orchestra of Philadelphia in 2015 and had its world premiere in Perelman Hall, followed by a performance in New York City’s Carnegie Hall.

Maestro Brossé is a versatile and creative performer with a keen interest in cinematic music; he is an early advocate of bringing movie scores to orchestral venues. He was chosen by John Williams to conduct the Star Wars in Concert World Tour in 2009, the first world tour of its kind. He is also director of The World Soundtrack Academy at the prestigious Ghent Film Festival.

Dirk Brossé has been awarded the title Cultural Ambassador of Flanders, the Flemish Parliament’s Gold Medal for Merit, the Achille Van Acker Prize, the Joseph Plateau Honorary Award and the Global Thinkers Forum Award for Excellence in Cultural Creativity.

In 2013 he was elevated to Belgium’s hereditary nobility, with the personal title of Ridder (Sir). He is a member of the Royal Flemish Academy of Belgium for Science and the Arts and, since 2018, also a Fellow in Arts & Humanities at the Brussels University VUB. His Majesty King Filip of Belgium recently awarded Dirk Brossé the Belgian Monarchy’s highest honour: Commander in the Order of Leopold.